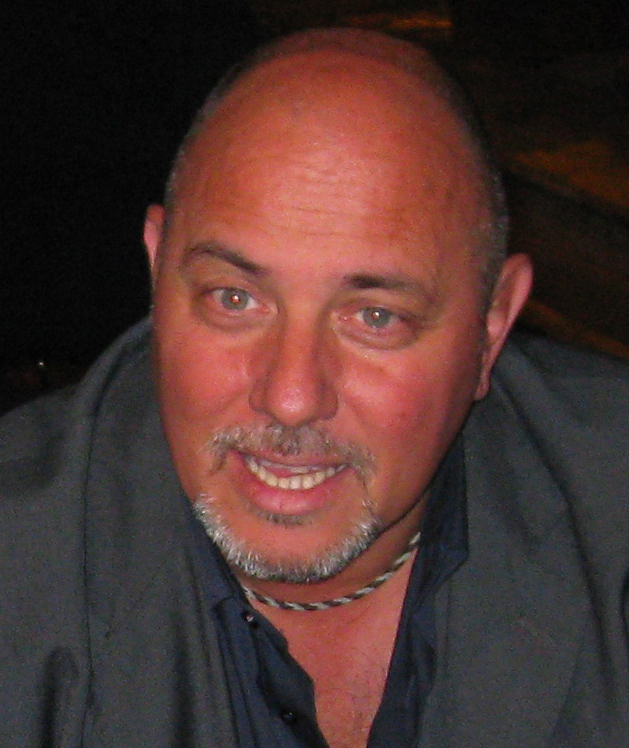 Giampiero Leanza is Full Professor of Physiology at the University of Catania since 2017.

2000-02 Assistant Professor of Physiology, University of Trieste. Since 2001 he is board member of the PhD program in Neurobiology, and of the Basic Research And Integrative Neuroscience (B.R.A.I.N.) Centre;

2002-17 Associate Professor of Physiology, University of Trieste. From 2005 he leads the Neurogenesis and Repair Lab at the Dept. of Physiology and Pathology (later joining the Dept of Life Sciences).

2008-16 Coordinator of the International Master’s Degree in Neuroscience, University of Trieste;

2010-13 Vice-Coordinator of the PhD School in Neuroscience, University of Trieste.

2015- Board member of the PhD Program in Functional and Structural Genomics, SISSA-ISAS, Trieste

He is author/co-author of about 60 papers published in peer-reviewed international journals and about 100 presentations at international or national meetings, including invited lectures.

Organizer, co-organizer and presenter of a number of events at regional, national or international level, all aimed at increasing public awareness towards the Brain and at popularizing the Neurosciences among young fellows. Communication venues include public conferences, conversations in historical cafés, workshops and symposia for high school students and teachers, radio and television broadcastings, public projections of movies, all having the Brain as a subject.

The research program coordinated by Giampiero Leanza is focused on: (a) mechanisms underlying cognitive and/or sensorimotor deficits and their modeling in rodents; (b) survival, development, differentiation and functional integration of neuronal precursors grafted to animal models of neurodegeneration; (c) monoaminergic modulation of hippocampal neurogenesis and cognitive abilities.

Previous findings of Cholinergic, Dopaminergic, and Noradrenergic neuron loss in patients suffering from Alzheimer’s disease (AD) or Parkinson’s (PD), indicate both these pathological conditions as multi-system disorders, particularly as far as cognitive dysfunction (leading to overt dementia) is involved.

Studies carried out in the Neurogenesis and Repair lab (also conducted in close collaboration with colleagues at the University of Lund, Sweden) are presently ongoing to confirm and extend previously published (also own) findings in both rat and humans. Thus, the relative contribution of either transmitter system (alone or concurrently) in the development of cognitive deficits (in AD models) or non-motor symptoms (in PD models), as well as in the occurrence of histopathological alterations (e.g. amyloid, tau, TDP-43 or alpha-synuclein overexpression) in relevant brain areas are being investigated following selective ablation of   discrete neuronal populations. The results are expected to improve the understanding of disease mechanisms, and to help the design of adequate therapeutic strategies, such as those involving the use of newly developed, non-commercial neuroactive compounds (e.g. sigma receptor agonists), to be tested in the adopted models.

The therapeutic use of cell protection/replacement strategies for the treatment of neurodegenerative diseases originates from the unmet needs defined by the clinicians, and is today a much debated, high-expectation issue. Certainly, however, the identification of ethically sustainable, qualitatively/quantitatively plausible, sources of implantable cells to be tested in a reliable pre-clinical setting, is of paramount importance. Within such framework, the Neurogenesis and Repair Lab contributes with experimental work investigating in vitro features such as survival, development, and differentiation of stem cells and neural precursors from various sources, as well as their integration and functional capacity following transplantation. Ongoing studies are centered on two major endpoints, both with a high traslational relevance: (i) the possibility to improve the anatomical and functional reconstruction of the severed peripheral nerve (so far seen relatively weak and slow) by functionalized nerve tubulization using growth factor-releasing human umbilical mesenchymal stem cells (HUMSCs), and (ii) the disease-modifying potential of HUMSCs following implantation in transgenic mice recapitulating the dynamics of motoneuron degeneration and motor impairments seen in patients suffering     from Amyotrophic Lateral Sclerosis (ALS).

Noradrenergic modulation of hippocampal neurogenesis and cognitive abilities in the rat.

A severe noradrenergic depletion is known to occur in the neocortical and hippocampal areas of AD and PD patients, where it exceeds cholinergic and dopaminergic loss, respectively. However, studies on the functional role of the ascending noradrenergic system in the regulation of cognitive functions have so far been hampered by the  lack of reliable tools to selectively lesion these neurons. Owing to the recent introduction of a noradrenergic immunotoxin, the lab has started an extensive characterization of its efficiency and selectivity, investigating the anatomical, neurochemical and functional effects of its administration to developing and adult rats. In the early studies, the immunotoxin proved to be an excellent tool to address issues of spontaneous reinnervation of partially deafferented territories, as well as the potential of transplanted noradrenergic neuron progenitors to remarkably reinstate noradrenergic innervation and neurotransmission in sub-totally denervated spinal territories. Ongoing studies investigate the noradrenergic (and/or the combined noradrenergic-cholinergic) regulation of hippocampal neurogenesis and hippocampus-dependent cognitive abilities. The restorative effects of implanted noradrenergic (or noradrenergic-cholinergic)-rich neural progenitors upon these events are being investigated as well.

Giampiero Leanza has been organizer, co-organizer and presenter of a number of events at regional, national or international level, all aimed at increasing public awareness towards the Brain and at popularizing the Neurosciences among young fellows. Communication venues include public conferences, conversations in historical cafés, workshops and symposia for high school students and teachers, radio and television broadcastings, public projections of movies, all having the Brain as a subject. Giampiero Leanza is member of the European Dana Alliance for the Brain (EDAB). In such capacity, he shares the committment towards the advancement of public awareness and education about the importance and benefits of brain research (more info at http://www.dana.org/About/EDAB/)